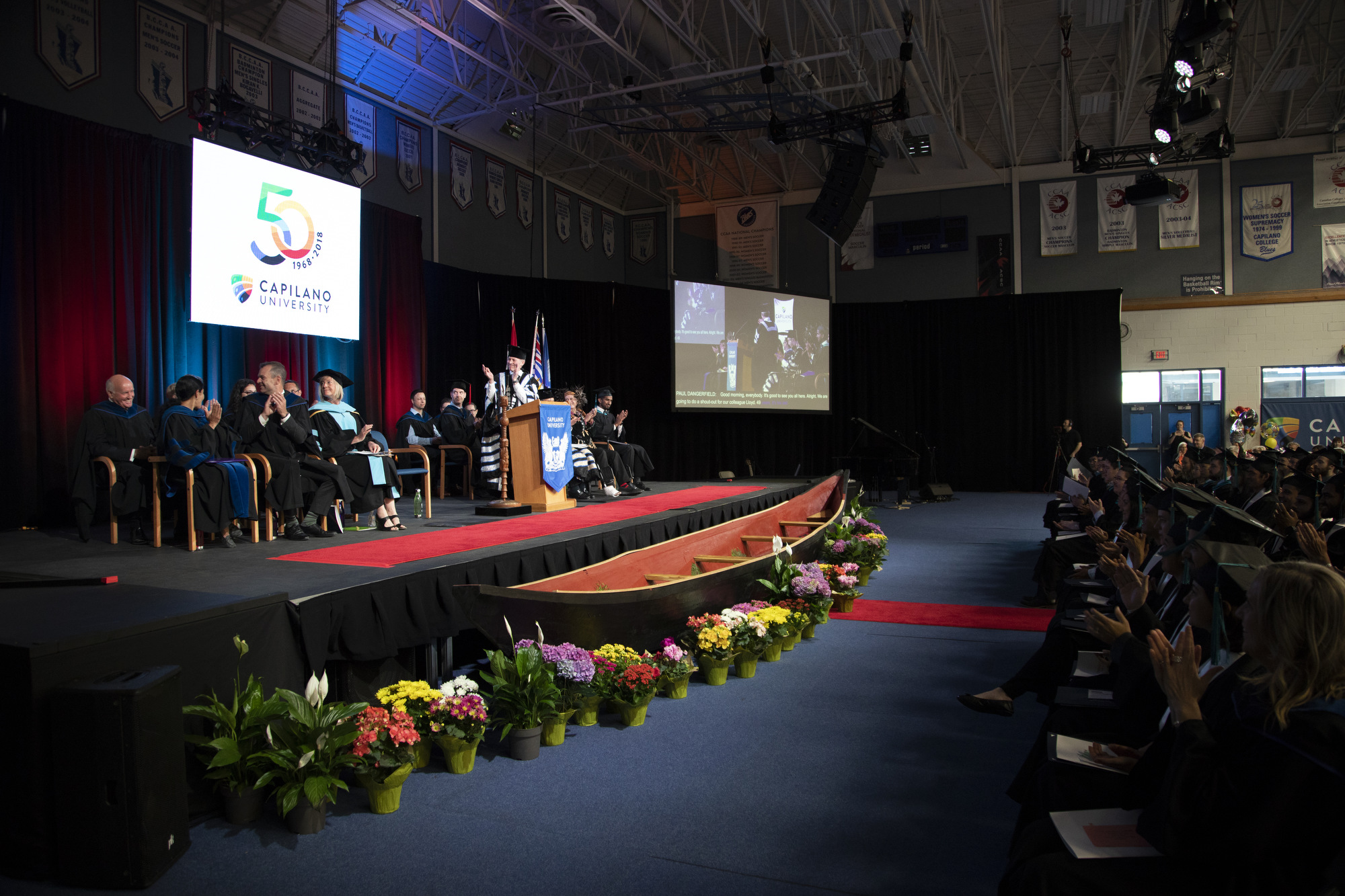 As Squamish Nation master carver, Ses siyam carved Capilano University’s 50th anniversary legacy canoe, a story from his youth began to show itself to him and he knew that this would be the name of the canoe. 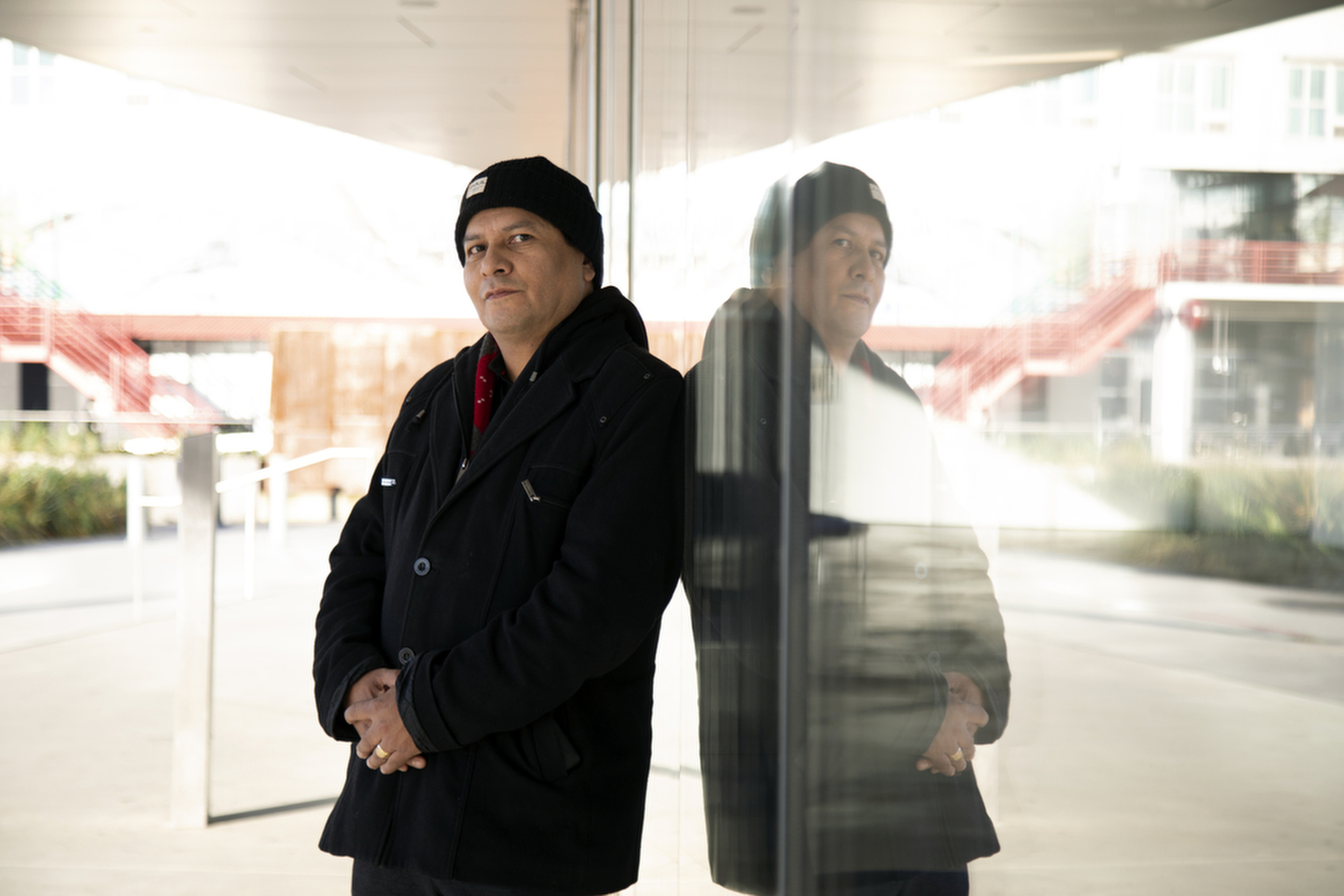 It’s the story of a hunter who was blessed with a supernatural spear. When the mighty hunter threw his spear, he never missed. Over time he became full of himself, confident in his ability to conquer any sea creature. The Creator saw this and sent him a test—a large sea lion made of wood. The hunter didn’t need to kill another sea lion, but he chased it for a long time anyway. When he finally threw his magic spear, the animal surprised him by swimming away. Eventually, he caught up to it and discovered that his great spear had broken off in the sea lion and could not be used again.

“Skw’cháys” is the name of the whirlpool that leads to the underwater world of the sea lion people. The name is a reminder that we must always be humble and kind, no matter what gifts we possess. 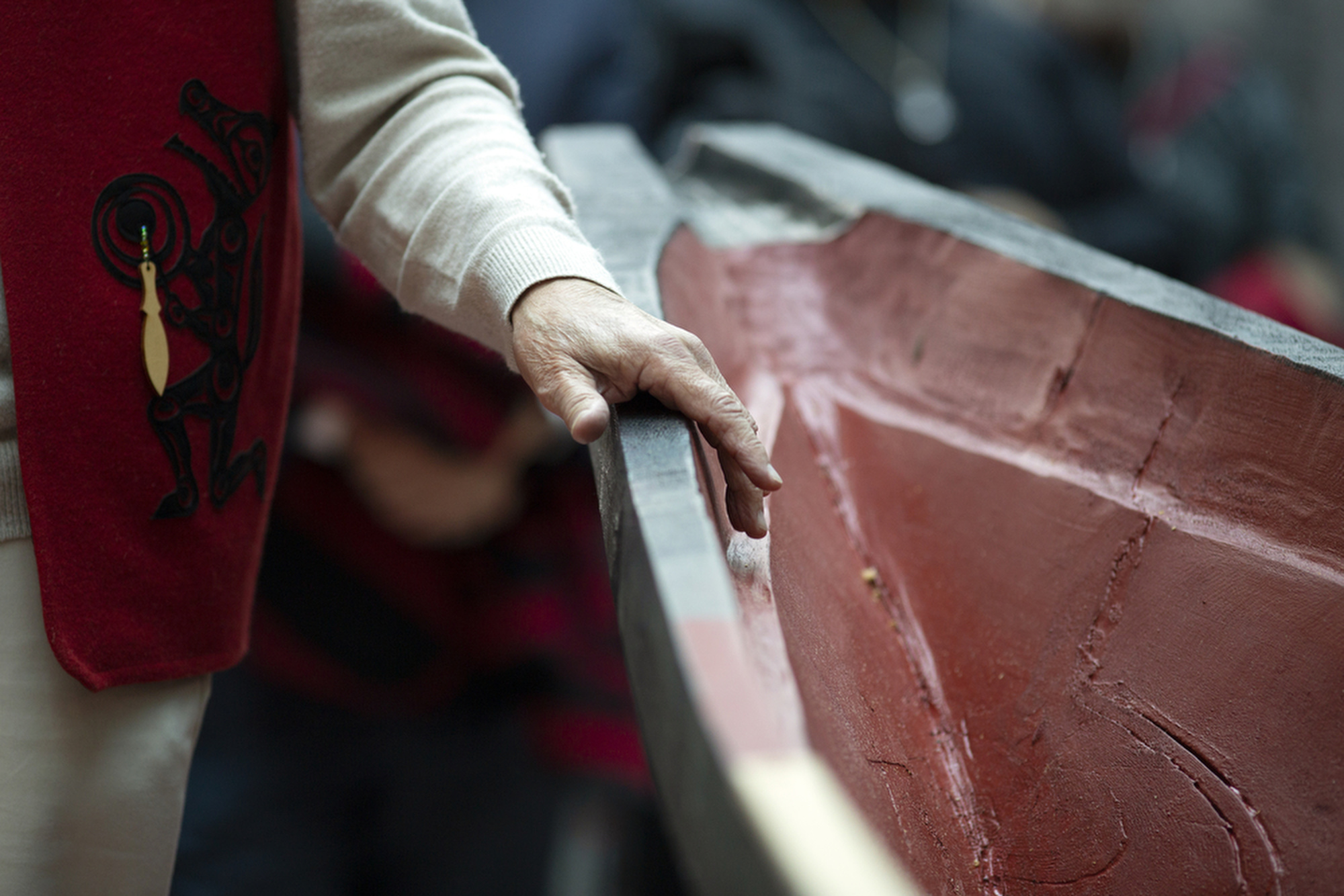 Elder Sla-holt (Ernie George) touches the canoe while telling a story during the Awakening and Naming Ceremony.