A legacy for future generations

When Shasha McArthur heard the news that Capilano University was commissioning a Coast Salish artist to carve a traditional canoe on campus, the film student knew she had to be involved. 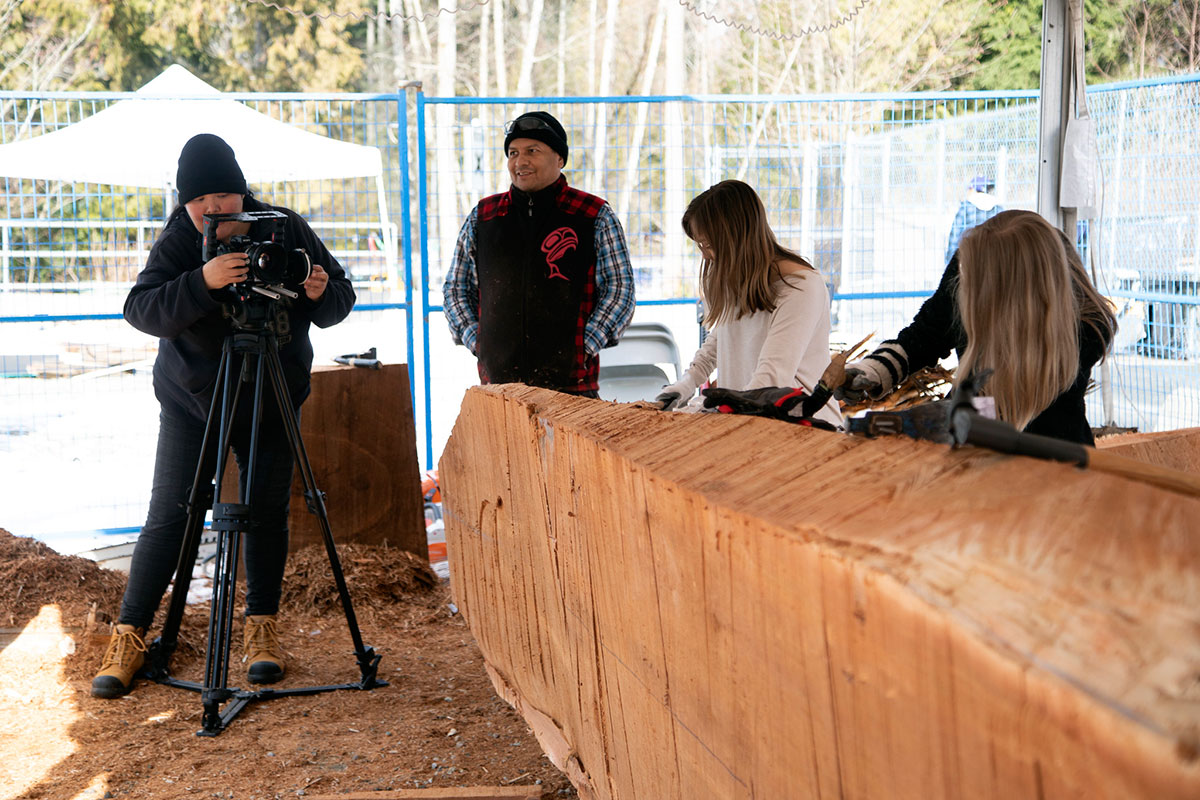 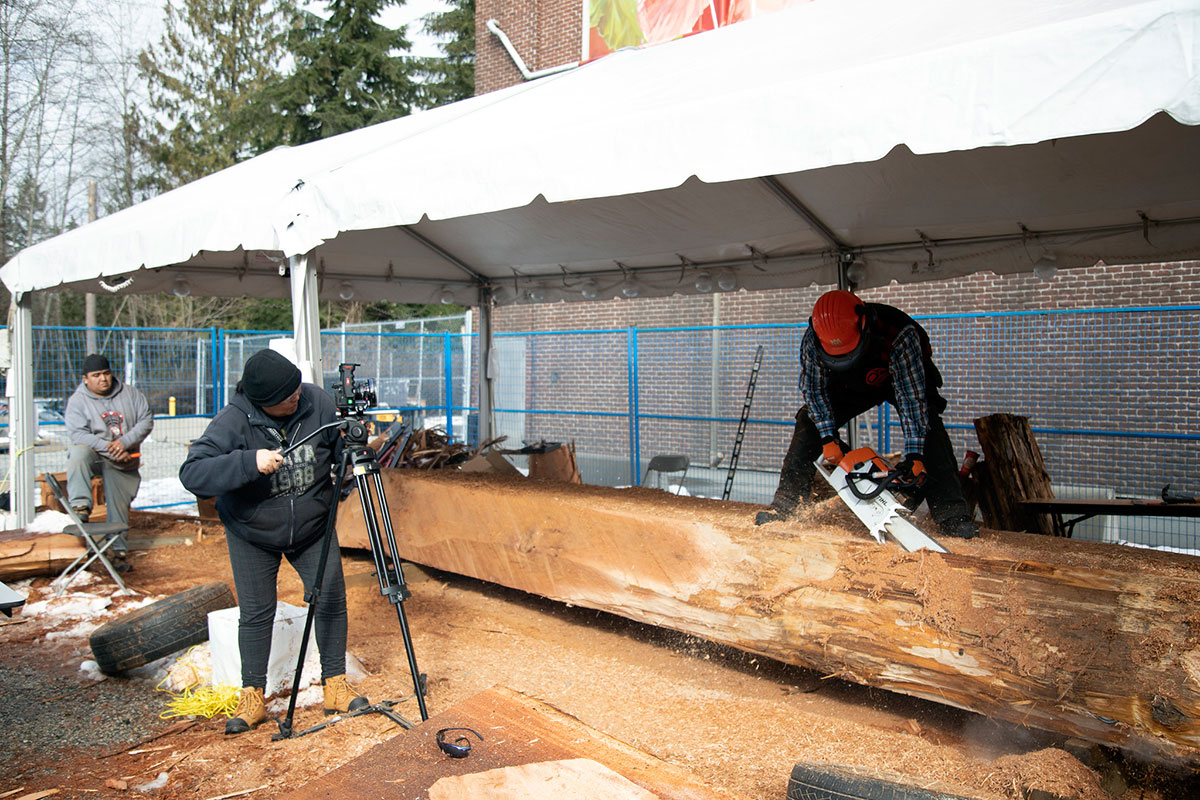 “I was extremely excited about having the chance to witness the birth of a canoe and I wanted to be part of bringing it to light in whatever way I could,” says McArthur, a graduate of the Indigenous Independent Digital Film Diploma program who is now enrolled in the Motion Picture Arts Degree Program.

McArthur’s infectious enthusiasm to document the carving, including the protocols around drawing out the canoe’s spirit, spread to her fellow classmates. In no time, she and four others formed a creative team to film the process. Each team member brings their unique talents and perspectives to the filming. The team includes Michael Wright of the Gitsxa-wetsuwet’en Nation, Esteban Manuel from the Secwepemc (Shuswap) and Ktunaxa (Kootenay) from Neskonlith, Dustin McGladery from the Nisga’a Nation (specifically the Gisk’ansnaat Tribe at the Gitlaxt’aamiks Village), and John Spink of the Metis Nation, who has roots in Alberta, Montreal, Montana and Oklahoma.

The canoe, an enduring symbol of the imagination, identity and skills of First Nations people, has deep meaning for Saskatchewan-born McArthur, who is of Nakota-Plains Cree heritage and grew up on White Bear First Nation.  She sees the canoe as a metaphor for life.

“The canoe is about pulling together—where everybody is in the same situation and coming together to make progress,” says McArthur, whose passion for Indigenous storytelling sprung from wanting to rectify the under-representation and misrepresentation of Indigenous people in film. “If there is only one person paddling in the canoe, it’s going to take a longer time to get anywhere. If we don’t all contribute, we don’t move forward.”

To date, the students have recorded about 12 hours of footage, which will be edited into a 10-minute documentary that will screen at the University later this spring.

Even before master carver Ses Siyam (Ray Natraoro) put a chainsaw to the log, collaborating with the Squamish Nation artist has been a privilege and positive experience for the documentary team.

“Working with Ray is awesome because he really wants to contribute to what we are doing,” explains McArthur. “If I pick up something, he will come over and tell me about it. He will also go over his techniques — where he learned it, the history behind it and who taught him. It’s a very in-depth process for him. I am so grateful that Ray and his apprentice Victor are very good with students. They don’t mind being interrupted to answer questions… unless of course they have a chainsaw in their hands.”

An awakening and a naming ceremony will be held on April 11, 2019. Then the canoe will eventually make its way onto the water. Future plans include potentially forming a campus paddling team, not just for athletics but to share important Coast Salish cultural traditions.

“This canoe is a huge symbol for any Indigenous student coming to CapU,” says McArthur. “It’s going to be part of a team sport, but it’s not going to be just for Indigenous students but for anyone who wants to get involved and learn about First Nations traditions. The canoe teaches us about uniting together for a common goal.”