Press conferences, placards and the plebiscite

Establishing Capilano College on the North Shore was a community effort that corralled politicians, men, women and girls.

“Voting against the college would be like voting against motherhood,” North Vancouver councillor Jack Chadwick said in February 1968. On March 7, 1968, the school boards and residents of North Vancouver, West Vancouver, Howe Sound and Sechelt were to vote in a plebiscite to start a college on the North Shore.

The plebiscite needed a 50 per cent majority to pass. The proposed North Shore community college would cost taxpayers in West Vancouver and North Vancouver $7 per year on a home valued at $25,000(!); in the Sechelt and Howe Sound areas, approximately $4 a year.

Proponents said a community college was needed to provide education opportunities for secondary school students, former dropouts and adults on the North Shore. The West Vancouver campaign operated with a men’s and a women’s division.

“If there’s anyone of the North Shore who doesn’t know about the upcoming plebiscite on March 7 for the proposed community college, it certainly won’t be the fault of the women of the community,” a newspaper column from 1968 states. 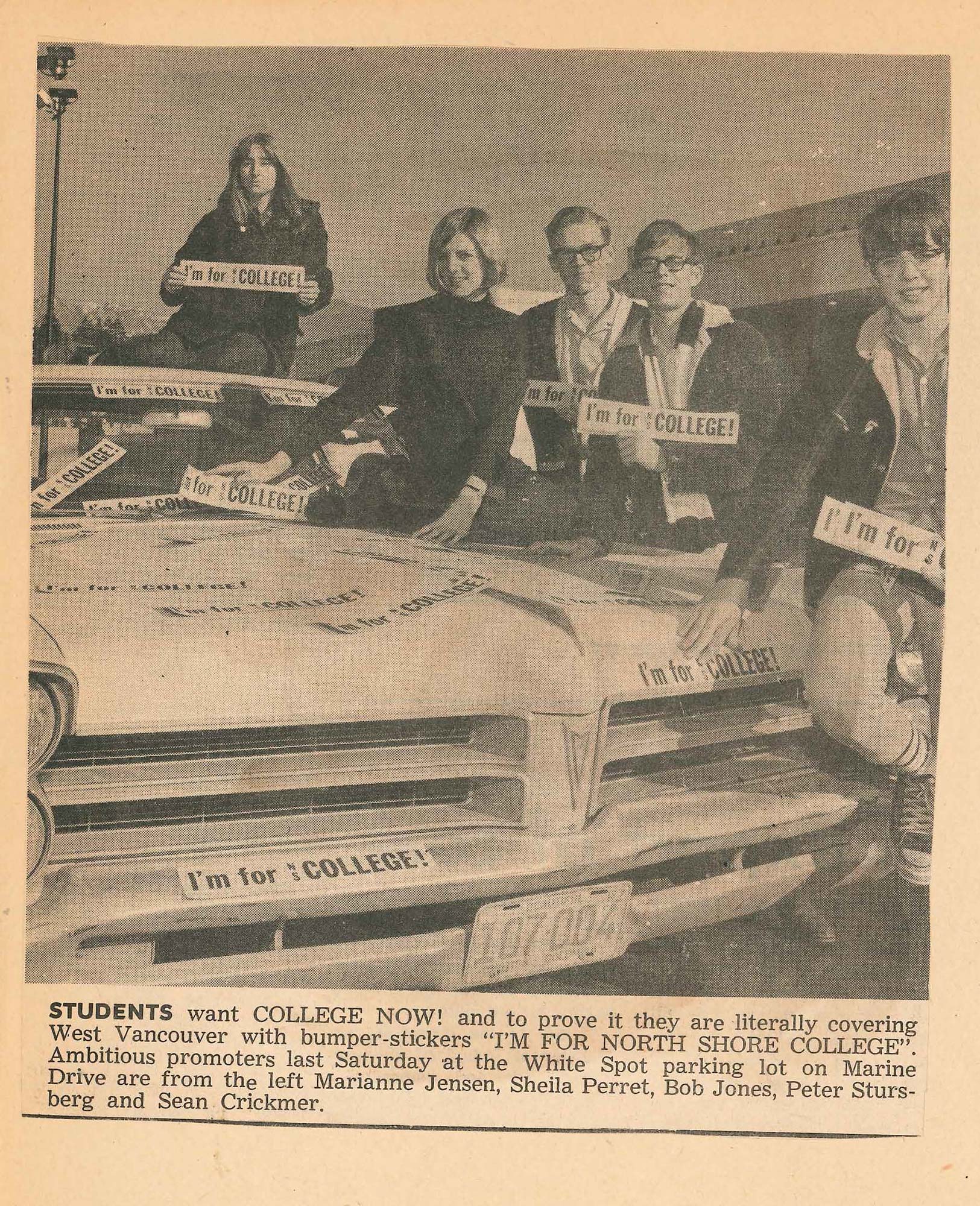 The women’s division appointed a captain with a committee for each school boundary in North and West Vancouver, Howe Sound and Sechelt. The captain and committee were to find a “block girl” and each girl was tasked with calling on her neighbours, leaving a fact sheet and requesting they vote.

While girls took to their sidewalks, students plastered cars in West Vancouver with bumper stickers that read: “I’m for N S College” and canvassed the public in the White Spot parking lot on Marine Drive.

These efforts, at least in North Vancouver, West Vancouver and Howe Sound, saw the plebiscite pass with a sufficient majority. Its defeat in Sechelt was attributed to the high percentage of retired people living in that district.

Capilano College’s classes that first year were held in a small building on the grounds of West Vancouver secondary school.