Students run with the news

“Should students hire teachers?” reads a front-page headline in Capilano then-College’s first student newspaper, The Id. Page 2 features a story about a fictional “south-sea paradise” where sex is commonplace and eating is taboo. 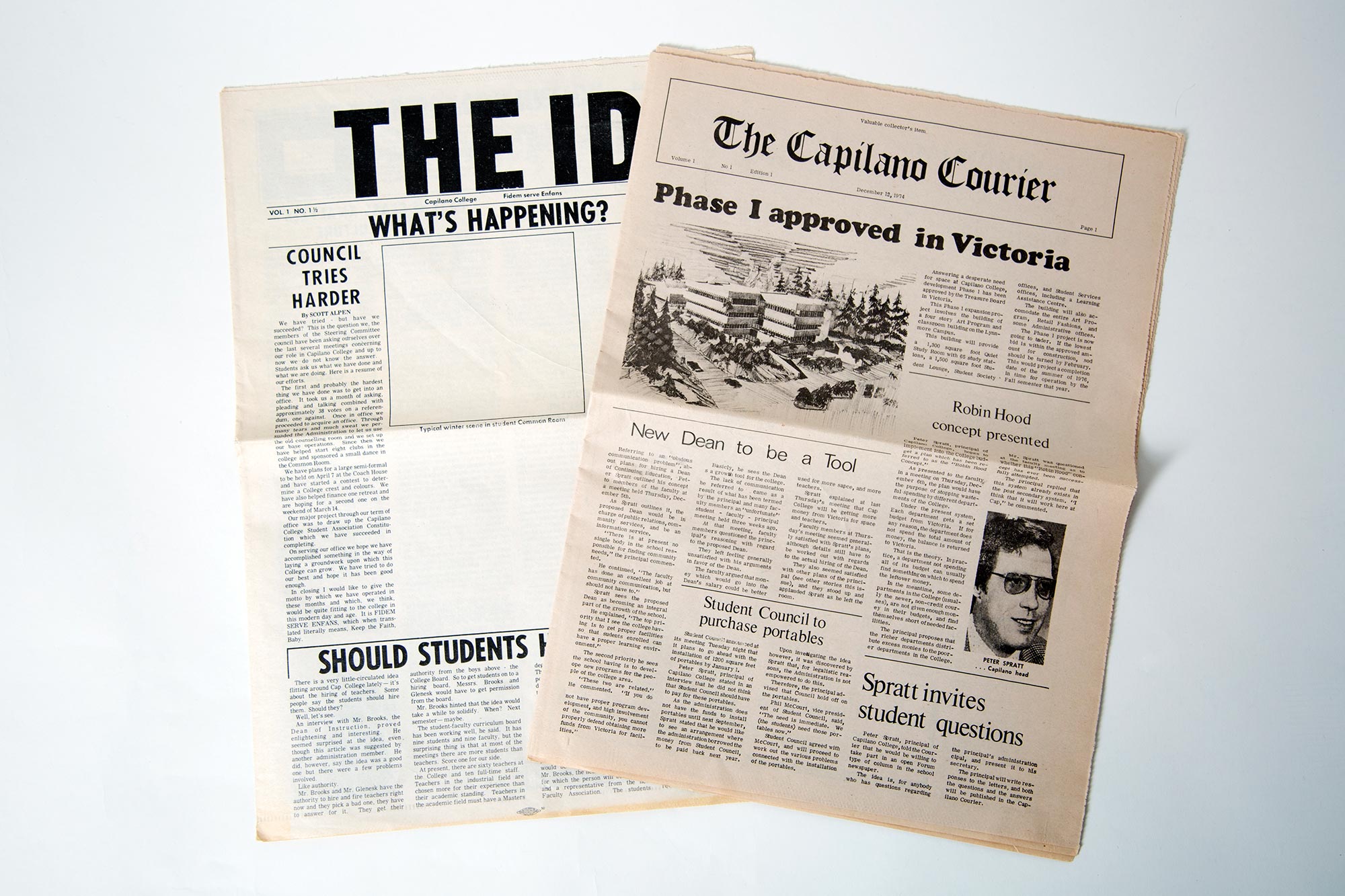 This cheeky newspaper, The Id, started soon after Capilano College began in the fall of 1968. Students published issue “1 ½,” which included the aforementioned stories along with poetry and a request for classified ads on February 20, 1969.

“The following SFU courses are not transferable to Capilano College,” reads another headline. The courses include Acquiescence 108, Seizure 111, UBC Inertia 100, 101, 102, 103 and Condemnation 198.

The Capilano Courier emerged with its first issue on December 12, 1974. The top of the masthead, perhaps presciently, reads, “Valuable collector’s item.” There’s an editorial about whales going extinct that states, “This paper intends to lend its complete editorial support to the Greenpeace Foundation,” with the address of where to send donations.

The first edition of the Courier is peppered with ads, including one for a ’75 Honda Civic, listed at $2,899. Another ad states: “The City of Vancouver congratulates the Capilano Courier and invites every career-minded graduate or graduating student to check out the employment opportunities at Vancouver City Hall …Take a look at our Positions Vacant Board, then apply for any vacancy for which you feel qualified. We have notified all of our staff that they may be expecting a visit from you.” Under “A special Note to Secretarial Science Majors” it says, “[We] have openings for qualified secretarial help. That means you have an opportunity to select a position that may match your own special interests and career goals.”

Forty-four years later, students continue to publish the print version of the Capilano Courier weekly, daily online, with breaks over the winter and summer holidays.